The Bank of Israel classifies bitcoin as an asset and not a currency—but does it create future challenges for a state-backed digital currency? 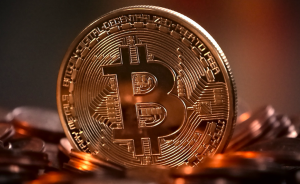 Like many central banks, the Bank of Israel was presented with the question of whether bitcoin was an asset or a currency.   Its response was not entirely surprising, especially in light of the persistent concerns surrounding the coin’s safety and soundness. Reuters reports:

Israel’s central bank said on Monday it would not recognise virtual currencies such as bitcoin as actual currency and that it was difficult to devise regulations to monitor the risks of such activity to the country’s banks and their clients.

Deputy Governor Nadine Baudot-Trajtenberg said there had been public complaints Israeli banks were making it difficult for some customers to transfer money from their accounts to buy bitcoin. But this was something the central bank would not be able to address. Other central banks faced the same problem.

“The Bank of Israel’s position is that they should be viewed as a financial asset,” Baudot-Trajtenberg told a meeting of Israel’s parliamentary finance committee, noting that there was no government responsibility for investors in bitcoin.

The central bank, Baudot-Trajtenberg said, was studying the issue of virtual currency but not much could be learned from what exists globally since no [banking] regulator anywhere in the world had issued guidelines… on how to act in relation to customers’ activity in virtual currencies.

Again, the decision is not one out of the mainstream, and I think will be replicated in many other jurisdictions. Still, I wonder (and suspect that) moves like this will complicate other inevitable questions that will arise as many of these same banks consider launching their own virtual currencies in the future.  As the WSJ has noted:

Some central banks, including the Bank of England and the Bank of Canada, have experimented with ways to use blockchain technology, such as dealing in interbank payments. India’s central bank, the Reserve Bank of India, is considering issuing its own digital currency and is looking for ways to use blockchain technology in the financial sector, according to a person familiar with the matter.

And they aren’t alone:  Israel, too has dabbled with the idea of launching a virtual currency along with China Japan and Sweden.

Together the two stances create, at a minimum, a potential political conundrum.  This is because a government classifying virtual currencies as financial assets while at the same time launching its own would have to distinguish its use from that of popular private sector coins.

For many, the distinction may seem obvious.  As David Kaul has smartly noted, surely central banks will “summon enough legal brain power to distinguish between a centrally issued crypto-NIS and your average decentralised assets/currencies/crypto-chips for tax and regulatory purposes.”  Moreover, as the Reuters article notes, “Israel’s regulators are generally opposed to giving credence to virtual currencies since they are based on private initiatives and they do not have the same level of investor confidence as regular currencies.”

But I suspect that in today’s global political environment, the policy debate would not unfold in such a linear, straightforward fashion. Indeed, an interesting regulatory question would arise if/where a central bank attempted to transparently increase its control over the money supply, or less ominously, break bank oligopolies or market dominance by introducing its own virtual currency.  Central bankers would invariably get drawn into the “what’s good for the goose is good for the gander argument” from industry, and depending on the policy objectives espoused by the government in question, at that time, the launch could become subject to policy and political pressures from rising tech and financial interests that could play themselves out in unexpected ways.

I’m not sure the problem can be avoided–but it shouldn’t be minimized, or underestimated, either.