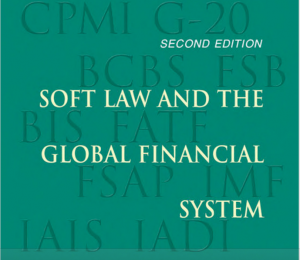 According to press coverage, it will be harder for banks to fail stress tests, due in small part to less transparency about the results.  According to the WSJ:

The Fed is moving toward eliminating passing and failing grades from the annual exams, which test whether banks could continue lending during a severe recession. In future years, perhaps as soon as 2019, a bank’s public grade will instead take the form of a capital ratio that the firm must meet during the following year.

It will be interesting to see what, if any impact this has for international financial regulation more generally. As I have written elsewhere, international financial standards often depend on transparency for market-driven compliance. Here the story seems to suggest moving from a super-transparent regime (pass or fail) to a more nuanced one, where frankly market pressure can still be dependent.  If, after all, a bank’s Basel III compliance is lackluster, especially in terms of core capital ratios, and is forced to disclose it, its cost of capital can go up. So there’s an incentive to prevent it.

Still, “[t]he Fed has been steering ‘a gradual course away from the potential for public shaming,’ said Michael Alix, a former Fed official who works as a consultant advising banks at PricewaterhouseCoopers LLP. Instead, he said, the Fed is moving back to the way it typically addressed risk management issues in the past: privately.”  This has especially been the case for smaller banks, where the Fed has stopped issuing qualitative grades to banks with less than $250 billion in total assets.